Ahead of the America's Cup Overture to be staged at 1.00pm today in Cowes, IOW, the British Challenger INEOS Team UK have released a high definition video of their Surrogate test boat, a Quant 28 that has been fitted with foils to mimic the AC75 design.

Under the skin of an America's Cup Class cat 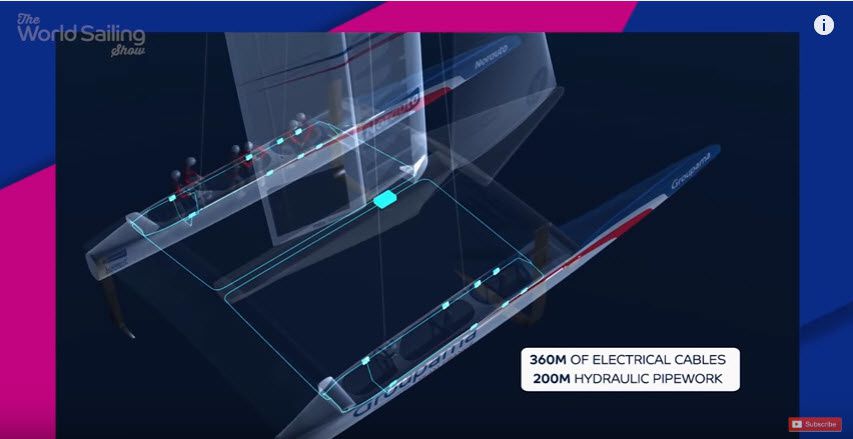 What's under the skin of an ACC cat?